My Birthday is on August 2nd .. and I'm a senior, finally!
I Love watching Movies and TV shows ..
I really enjoy making Lists, and I like receiving votes ;) ♥♥

Thank you all so much for every single vote you gave to any list of mine .. I may not be able to thank you personally, So thanks in advance ♥♥

To say it shortly, I have a new Ultimate List that include every list I made, categorized and easily understood .. 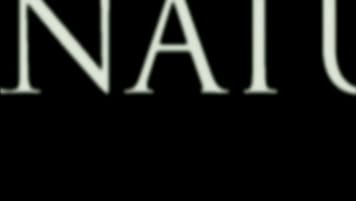 The Pilot was strong which encouraged me to continue .. Two brothers looking for their missing father, this season was focusing on the brothers, their father and their thirst of revenge from the Yellow Eyed Demon .. Dean was the protective old brother and Sam was the sweet little brother .. The Finale was amazing, though I was dying to see season two's premiere after the car crash ..
Favorite Episodes: Scarecrow and Hell House.

This season started with the 3 Winchesters at the hospital, Dean was a spirit and his father sold his soul for him but before that he told Dean that he have to save his brother and if he couldn't he might have to kill him which put Dean in fear. With the death of their father, the boys decided to pick up where he left off .. (Saving people, hunting things). In this season we found out Azazel's plan for Sam and other children like him, Sam dies at the end of the season but then Dean made a deal and saved him by selling his own soul .. he had one year.
Favorite Episodes: Croatoan and What Is and What Should Never Be.

This season was about Dean's deal and all the tryings to let him out of it. Sam was different which lead Dean to think if the Sam that came back from death wasn't all Sam. We saw Lisa and Ben, They also met Ruby in the first episode for the first time, she helped them in a lot of situations and was trying to convince Sam to start using his powers. We are also introduced to Lilith, the demon trying to kill Sam. At the end Dean was killed by the hell hounds and sent to hell. After telling Sam not to use his powers and continue hunting in the ways that their father taught them.
Favorite Episodes: Mystery Spot and Bad Day at Black Rock.

Dean is pulled out of hell by Castiel (the angel). It's revealed later that Sam has been working with Ruby and using his powers. In this season, we see Sam going to the dark side, We find out that dean broke the first seal of the Apocalypse when he was in hell by torturing souls, we meet Chuck (the prophet), we meet Adam who claims to be their brother, we find out Ruby's real intention (she was using Sam to set Lucifer free) and at the end Sam killed Lilith (which was the final seal), started the Apocalypse and set Lucifer free (in a good intention as he thought Lilith was the going to break the final seal).
Favorite Episode: After School Special and Lucifer Rising. 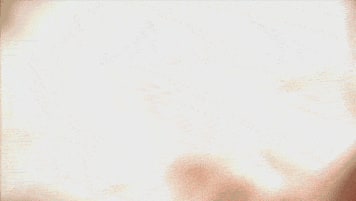 After Sam starting the Apocalypse, things got bad between the brothers and they broke apart but got together again. In this season, we find out that Sam is Lucifer's Vessel and Dean is Michael's Vessel, they were trying to stop the Apocalypse along the season with the help of Castiel, Sam said yes to Lucifer and let him in his body but he had a plan to take control over him and jump into the pit which he did, Dean quit hunting and went to Lisa and Ben to live with them.
Favorite Episode: Changing Channels and Swan Song.

One year later, it's revealed that Sam has been pulled out of hell.. but without his soul. Dean left Lisa and Ben and stayed with Sam and later brought his soul back with Death's help. Death built a wall in Sam's head in order not to remember what happened in hell. In this season, we met Crowley (the demon wanted to open the Purgatory), we found out that Castiel is working with Crowley and in the end he became the new God, The wall in Sam's head fell apart and all hell breaks loose but he survived that at the end Castiel tells the group to bow down and profess their love unto him their lord or he shall destroy them.
Favorite Episode: The French Mistake and Frontierland.

In general .. The Show is awesome .. I enjoyed every single episode .. and I can't wait for Season seven which will premiere on September 23, 2011.


OMG !! what a movie .. I ADORE Jensen Ackles .. I really do .. but, this movie was .. mmmm Creepy .. I mean, it includes devil .. and I didn't really understand the end .. besides that it has many weird scenes like when Jake cuts his tongue off (that was a daydream) and the way his friends killed their selves Dakota sliced herself and Conrad IDK he .. mmm .. stuffed pencils in his ears and ewwe that was ugly .. But, again I ADORE Jensen Ackles .. I kind of enjoyed the movie cause he was in it .. That's why I saw it in the first place ..

Legend of the Seeker review


Nice .. It has a lot of fantasy but still cool .. Richard is amazing .. but again this is one of the shows that might run against some beliefs or religions .. and that kinda annoys me ..


Nice idea for a show .. new way to express the aliens or whatever they call them here .. I really Like Elizabeth Mitchell and I like Joel Gretsch as well .. so the cast is great .. Looking forward to season 2 ..


Very Great show .. the ending was a bit disappointing, but all the previous episodes cover for that .. The best Characters are Jack and Boone ..


Really nice .. Of course the main reason that I watch this show for .. is Nate (Chace Crawford) he's so cute .. I also Like Blair, her character and the way she dress ..her clothes are really classy ..


Amazing show .. I didn't use to like vampires .. but this show made me LOVE them .. especially Damon .. I Love Stefan's character as well ..


A really nice movie .. the sound and video effects are awesome .. besides .. it's proper for all the family .. even for children ..

"Yeah, I love both of Beauty and the Beast and Arrow .. As for Flashpoint, I am on season 2, and I love it!"

"Beautiful !! I can't believe I just knew about this list! Amazing choices .. And thank you for mentioning me in the description ;) You might like to mention Happy Vadar's list too .. It is where I go"

"I only saw four movies directed by him, Avatar is the fourth other than my choices .. 1. Terminator 2 2. Titanic 3. Terminator"

"Your comments make me happy, thank you all again :D"

"I always like those lists of yours :) And I'm really glad I could help ♥♥"

"I'd choose most of those for such a list too! I really love this list! ♥ I think it deserves more votes :D"

"It was shown in 6x04 "Weekend At Bobby's" .. Here, https://www.youtube.com/watch?v=rfEyBjXWZQk&fb_source=message :)"

"I'm really glad there's a list of mine in here :D"

"Wow, matchbox, how can I thank you enough for such sweet words .. Thank you, I'm so glad you liked'em ♥♥"

"I had to vote just basing on the title!! Ugh, The Fly is such a disturbing movie :S"

Design for me (11 person items)

"I only watched the season that had Carol Hannah, Shirin, Althea and Christopher .. And I must say, Carol Hannah is my fav! ;)"

"I just read your Harry Potter Review, I didn't read the books so I can't tell you you're wrong, but I loved the whole 8 movies and loved the end!"

"I watched Pokemon as a kid, yet I din't really follow it .. I agree, Pokemon has the most beautiful creatures in the cartoon history .. Squirtle is really adorable, I remember liking Jigglypuff since "

Everything about Melinda Gordon (12 beauty items)

The Many Faces of Dean Winchester (4 image items)

"This list is perfect ♥_♥ You did an amazing job collecting these photos!! The photo before the last is just ... uhhh ♥ For me, this is the most perfect smile in the most heartbreaking moment, i"

"I can see that you didn't finish the list yet, but so far, I LOVE your choices .. I mean, brilliant many many of my favorites are in here ;)) Great JOB!"

Dessollié
Posted: 3 years, 4 months ago at Dec 18 15:00
Hi I don't know if you are interested in polls,if you are check out Your favourite VSFS Outfit? Blade Runner:
www.listal.com/list/-5672

brawljeff
Posted: 6 years, 9 months ago at Jul 3 13:08
Check out my new list:
the evolution of the upcoming actress Nicola Peltz! (Transformers, Bates Motel)

As always, thanks for ALL the votes and comments!

Great, I missed it!

Villiana
Posted: 7 years, 9 months ago at Jul 21 10:23
My new project:
www.listal.com/list/father-movies-choose-your
I would be happy if you joined.

I am M
Posted: 8 years ago at Apr 8 14:28
hi friend check out my new list .
hope you like it and thanks for your
time
www.listal.com/list/love-these-posters

Dessollié
Posted: 8 years ago at Mar 31 12:03
Hi check out my new lists this week :)
www.listal.com/list/26th-annual-kids-choice